Yesterday afternoon (Wed., Oct. 18), White Horse Media successfully conducted a LIVE webinar entitled, “Why Deadly Disasters?”, explaining from the Bible the significance of recent back-to-back-to-back horrific hurricanes (Harvey, Irma, Maria), killer earthquakes, Las Vegas murders, and deadly fires in California. “Apocalyptic!” is the word used again and again by secular media such as ABC News and The New York Times. Viewers logged into our webinar from Canada, Costa Rica, Poland, Hong Kong, France, Japan, Australia, Florida, California, Colorado and Alaska. God blessed! Total time was about 1 hour 45 minutes. Our webinar was recorded, and it is now on our Youtube Channel ready for easy viewing and sharing. To watch, click the picture below. 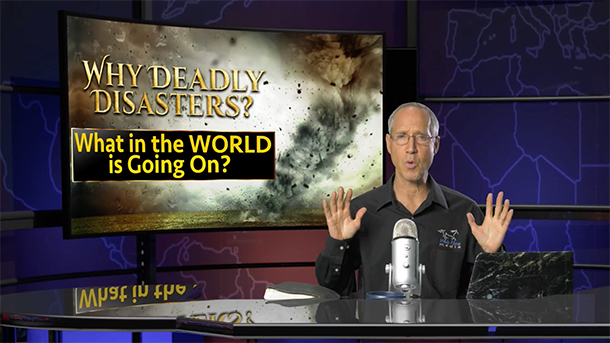 Next week I fly to 3ABN for my October 26 LIVE interview (from 8-10 PM CT) entitled, “500 Years from Luther and Earth’s Final Crisis.” You can watch it here at that time. Amazingly, another major 500 year anniversary of the Reformation event called “Kairos 2017: Unity in Christ” will occur at the same time (Oct. 24-26) in Kansas City where Protestants, Catholics, Charismatics, Orthodox, Messianic Jews, and others will come together in unity. One stated purpose of that event is to “heal the wounds of the past.” While I appreciate any focus on Jesus Christ as Lord, let me tell you that my message on 3ABN and their messages in Kansas City will not be the same in reference to joining hands with Rome. Prophecy predicts: “… his deadly wound was healed, and all the world wondered after the beast” (Revelation 13:3). Tune in to 3ABN on October 26 for “the rest of the story.” 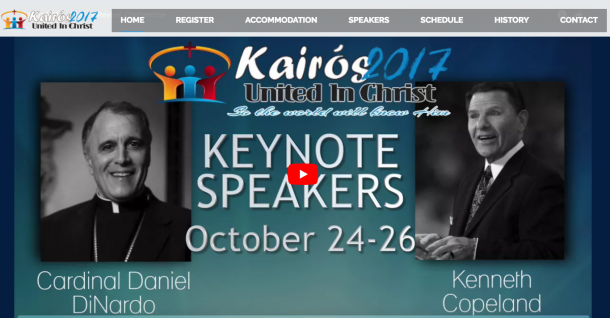 To meet the need of the hour, White Horse Media has created a simple packet of pocketbooks on Reformation / Protestant / Present Truth issues for people to purchase and easily share. We’re calling it our “500 Year Anniversary Special Offer.” 5 power-packed pocketbooks for only $5 with a bonus book. The offer will also appear at the end of my October 26 3ABN interview to help spread these truths around the world. 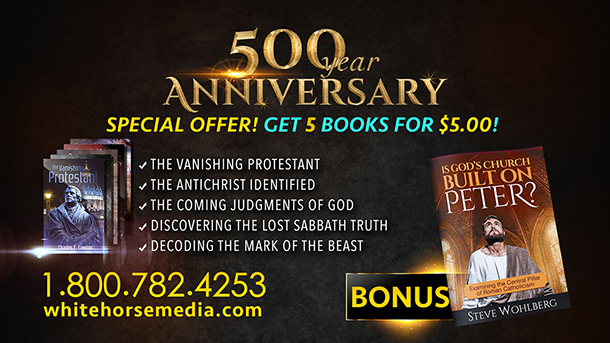 I’ll close with this:

The days in which we live are solemn and important. The Spirit of God is gradually but surely being withdrawn from the earth. Plagues and judgments are already falling upon the despisers of the grace of God. The calamities by land and sea, the unsettled state of society, the alarms of war, are portentous. They forecast approaching events of the greatest magnitude. The agencies of evil are combining their forces, and consolidating. They are strengthening for the last great crisis. Great changes are soon to take place in our world, and the final movements will be rapid ones.–Testimonies, vol. 9, p. 11.

Please continue to pray for White Horse Media, and to help us financially if God leads.

A Jewish Christian from Los Angeles, Pastor Steve Wohlberg is the Speaker/ Director of White Horse Media (Priest River, ID) and the host of His Voice Today radio and television broadcasts. A prolific writer and much in-demand speaker, he is the author of over 30 books and has conducted Bible prophecy seminars throughout North America and overseas. He has been featured on three History Channel documentaries (Nostradamus Effect: Secrets of the Seven Seals; Armageddon Battle Plan; Strange Rituals: Apocalypse) and has spoken by special invitation inside the Pentagon and U.S. Senate. He currently lives in Priest River, Idaho, with his wife Kristin and their two children, Seth Michael and Abigail Rose.
WHM Live “Why Disasters?” Webinar Wed. Oct 18. Fireball Connection? 250 Protestant Leaders to Sign “Reforming Catholic Confession”