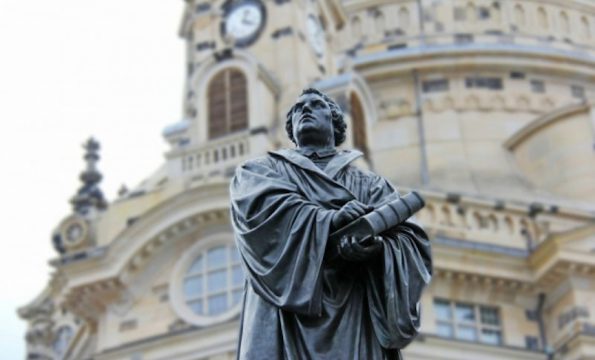 Over 250 prominent scholars, pastors, and church leaders from around the world released on Tuesday a theological statement affirming the essentials of the Reformation. And its Protestant authors contend that in this 500th anniversary year, the document is a “catholic” statement in its best sense. The Reforming Catholic Confession is a document which outlines the main theological commitments held by a wide breadth of Protestant Christians, including evangelicals, since the Reformation. The purpose of such a statement is to demonstrate the remarkable togetherness that exists throughout the world among Protestants on the core elements of Christianity, said Jerry Walls, an author and professor of philosophy at Houston Baptist University. The Confession showcases the extensive agreement on the substance of the historic Christian faith, Walls said.

The statement’s signatories include a sizable list of biblical heavyweights who hail from a variety of denominations. Over 110 Christian institutions, over 30 of which are international, are represented.

“I just got the idea that one of the best ways we could actually commemorate the Reformation, and remind people of what really lay behind it and what motivated the Reformers was to come up with a confession of faith that represented the substantial unity among the heirs of the Reformation,” Walls, a Wesleyan, said.

As positive responses began to accumulate from other protestant religious leaders, Walls said, “What I really started to sense was that this thing could really be significant. It was just beautiful to see Pentecostals and Lutherans working together to find common language.”

The Reforming Catholic Confession contains 12 articles that outline their beliefs in such basic Christian tenets as “The Triune God,” “The Atoning Work of Christ,” “The Gospel,” and “The Church,” particularly as it relates to what the Reformers accomplished. The beliefs are followed by 25 “Top of Formwhy we say what we say” explanations that capture key cornerstones and dimensions of the Christian faith.

As for why they decided to call it a “catholic” confession, Walls said he felt it is important to reclaim the word “catholic.”

“We want to make clear that ‘catholic’ is a much more expansive reality than the Church of Rome. And we want Protestants to understand that when they are true to their own heritage, and their own roots, they are ‘catholic’ also.”

On October 31, Protestant evangelicals around the world will mark the 500th anniversary of the start of the Reformation, when Martin Luther nailed 95 theses to the door of Castle Church in Wittenberg, objecting to corrupt practices of the Roman Catholic Church, most notably the selling of papal indulgences.

“A lot of people have been asking the question ‘Is the Reformation over? Was it a mistake?” said Kevin Vanhoozer, who took charge of the drafting the initial statement. “I would say that there is a permanent gain that we shouldn’t lose. The Reformation was not “a Pandora’s box that unleashed an interpretive anarchy and schism upon the world,” he stressed.

“The wide diversity of belief in the Protestant churches is regarded by many as decisive proof that no effort to secure a forced uniformity can ever be made. But there has been for years, in churches of the Protestant faith, a strong and growing sentiment in favor of a union based upon common points of doctrine.” The Great Controversy, page 444.