From Darkness to Light – “Firstlight,” a television station in New Zealand, recently sent us this stirring testimony written by a woman whose life was transformed by God while watching White Horse Media TV programs. The story is so gripping, I thought you might like to read it. 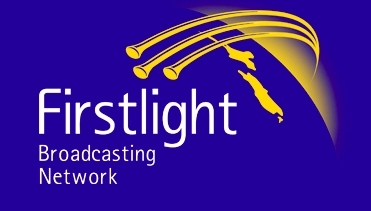 FROM DARKNESS TO LIGHT

My name is Diane Halpine. I was brought up in a Catholic home under the control of an abusive and alcoholic father. My childhood was a life lived in fear. Many nights I would lie awake, crying, silently screaming, frightened that my Dad would hurt my Mum or one of my brothers or sisters. As a result, I developed a sleep disorder early in my life. I suffered later on from severe depression and anxiety and often felt unloved and lonely. I often disassociated from the world around me. I had feelings of abandonment, which were heightened further after my Mother’s death in 2006. I woke up many nights grieving over my Mum. I had the belief, after watching many psychic TV programmes and the teaching of the immortality of the soul from my Catholic upbringing, that my Mum and many loved ones were still around in the form of spirits. It deeply grieved me that my Mum was watching this cruel world and seeing all my pain and endless mistakes. How could this ever bring her peace?

After Mum’s funeral, a friend gave me a glass angel that would light up when switched on. She told me it would comfort and remind me of my Mum. One night in my distress, the glass angel lit up without being switched on. I started being woken at night by strange sounds in my room. I would hide under the bed covers. The most frightening experience was seeing a dark shadow coming towards me one night. I quickly turned on my light, not knowing at the time that what I really needed was God’s light. It was like living in one of the many horror movies and books I would watch or read.

“For we do not wrestle against flesh and blood, but against principalities, against powers, against the rulers of the darkness of this age, against spiritual hosts of wickedness in the heavenly places.” Ephesians 6:12

In 2013 I needed to make the switch to Freeview TV, so an installer came one morning and set it up for me. As he was checking all the channels he turned on to one called “Firstlight”. I had never heard of that one, so I asked him about it. He informed me that it was a religious channel. My instant thought at that time was “not interested” and “never likely ever to watch “Firstlight”. The Lord was about to have the last say on that thought! My life was to take an unexpected turn….

One morning, feeling restless, I switched on the TV. Nothing seemed to interest me until (unaware it was Firstlight) I came across the opening caption “Deadly Deceptions”. Now that caught my attention instantly, so I thought this sounds like my kind of mystery thriller! What continues to amaze me is God’s perfect timing. If anything else had been on Firstlight at that precise moment I would have immediately turned the TV to another channel. I was totally captivated and drawn to this series called “Deadly Deceptions” presented by Steve Wohlberg. I discovered that day through the study of God’s word what really happens when we die, and these spirits of dead loved ones appearing are a mere evil deception.

“As the cloud disappears and vanishes away; so he who goes down to the grave does not come up. He shall never return to his house, nor shall his place know him, anymore”. Job 7:9,10

I instantly felt an inner peace and relief regarding my Mother’s death. The intense grief was finally gone. Praise God! Our God is so amazing and so real. I realized that all the nights as a child, when I lay awake in fear, Jesus was there collecting my tears and I never knew it. All those sleepless nights when I was grieving over my Mum’s death and frightened by things unseen, Jesus was there with open arms to embrace me. He so longs to reveal Himself to everyone. He is my comforter now through all my anxieties and fears, an ever present helper and friend.

All the frightening happenings in my room at night suddenly stopped. The glass angel fell off my side table not long after the night it lit up by itself and totally shattered. I’m almost sure now that an Angel of the Lord crushed it underfoot. I have continued to be blessed by many more previous Bible truths watching “Firstlight” and after that first incredible day 1 have never watched or read anything steeped in spiritualism again.

” But you are a chosen generation, a royal priesthood, a holy nation, His own special people, that you may proclaim the praises of Him who called you out of darkness into His marvelous light.” 1 Peter 2:9

Thank you and God bless you Firstlight.

“Cast your bread upon the waters; for you will find it after many days”. Ecclesiastes 11 :1

Praise God! It will be wonderful to meet people like Diane in heaven who Jesus has rescued by His infinite sacrifice, grace, and truth.

Let’s keep working for the Lord while mercy lingers,

A Jewish Christian from Los Angeles, Pastor Steve Wohlberg is the Speaker/ Director of White Horse Media (Priest River, ID) and the host of His Voice Today radio and television broadcasts. A prolific writer and much in-demand speaker, he is the author of over 30 books and has conducted Bible prophecy seminars throughout North America and overseas. He has been featured on three History Channel documentaries (Nostradamus Effect: Secrets of the Seven Seals; Armageddon Battle Plan; Strange Rituals: Apocalypse) and has spoken by special invitation inside the Pentagon and U.S. Senate. He currently lives in Priest River, Idaho, with his wife Kristin and their two children, Seth Michael and Abigail Rose.
White Horse Media Global Outreach: Brazil, Philippines, United Arab Emirates, Nepal Shaun White Wins Olympic Gold. Ellen White Given White Horse Media Award