White Horse Media Global Outreach – God keeps opening doors for White Horse Media to spread His end-time truths in America and beyond. One of our speakers, Pastor Sean Harris, is on his way to Brazil to “preach the word.” 2 Timothy 4:2. As I write this, White Horse Media speaker Tim Saxton is concluding an evangelistic trip to the Philippines, Indonesia, and Nepal. From many miles away, Tim just emailed to our office this report (with the pictures):

In January/February 2018, White Horse Media provided revival, reformation and prophecy seminars for pastors, elders and laymen in the Philippines, Indonesia, Nepal, and for many from Pakistan. These seminars encouraged and uplifted the hands of our brothers and sisters in God’s work, some of whom labor amidst very difficult circumstances. In 2017, Nepal passed a law barring conversions from one religion to another. Anyone (including foreigners) found encouraging someone to switch religions faces 5 years in prison followed by deportation. In Pakistan, Islamic anti-blasphemy laws are often used against Christians who can be accused (whether guilty or not) of blasphemy against the Koran. The penalty? Execution. 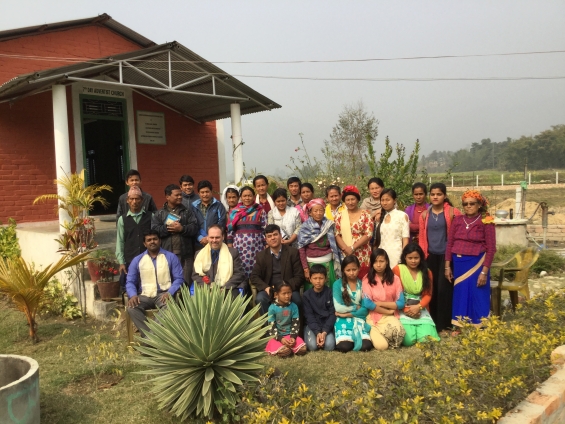 On the island of Southern Mindanao in the Philippines, the Gospel is advancing, yet many are afraid to go and assist due to the reports of conflict between government soldiers and ISIS-inspired rebels. In addition, the rebels like to kidnap foreigners. Yet in spite of these obstacles, great opportunities still exist there to reach people who have never heard about Jesus. In Mindanao, our meetings were broadcast live to the public by the local Hope Channel. Our topics included “Signs of the End” (Matthew 24), “The Pope and Prophecy” (Revelation 13), “The Coming Judgments of God” and “The Time of the Loud Cry and Latter Rain” (Revelation 18). Attendees were eager for these messages helping to prepare them for the soon return of Jesus Christ.

In the United Arab Emirates (UAE), pastors and leaders from the Pakistani Union came together for seminars. This was due to safety concerns in Pakistan. The UAE, though Islamic, is more tolerant of Christians. Teaming up with White Horse Media was Rudy Harnisch, President of Amazing Facts Canada and Director of Adventist Muslim Relations for Canada. Rudy added excellent seminars on how to reach Muslims. In addition, we were joined and supported by Anita Jepson (who operates Mara Vision, a ministry to the Massai people of Kenya), Scott Carney, a businessman from Washington, as well as the coordinator for our event, Mehbub Khan, Director of Southern Asia Outreach for the NAD. 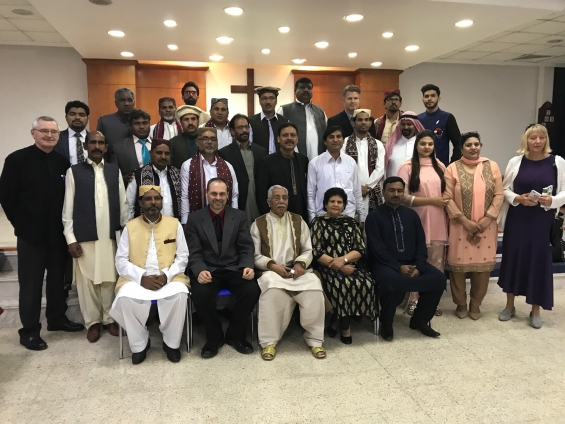 In UAE we met with Sunil Joseph, a Pakistani layman who has a music ministry and reaches out to Sunday churches often located in remote and sometimes dangerous areas, where few are willing to go. On one such occasion, he was asked by a Catholic Priest to speak to the priest’s congregation. What did Sunil share? The prophecies of Daniel. He wasn’t sure what to expect as he identified Catholicism’s role in Scripture, but he said that most of his listeners appreciated the message. He was then allowed to pass out Steps to Christ and The Desire of Ages to the congregation.

The Pakistani Mission would like for White Horse Media to sponsor evangelistic meetings in Pakistan this fall, with a large outreach to Sunday congregations. This type of open evangelism is still allowed. If you would like to help with wonderful opportunity, contact our office. In Nepal, our revival, reformation and prophecy series was attended by most of the church workers in the Nepal field. It was also attended by several laymen, including those with supporting roles in the Nepali work. One man faithfully translates our Sabbath School lessons for the church in Nepal. Another has his own media and web-based ministry. We were informed that this was the first time that this type of meeting was held, calling pastors and laity together to present end-time prophecy. 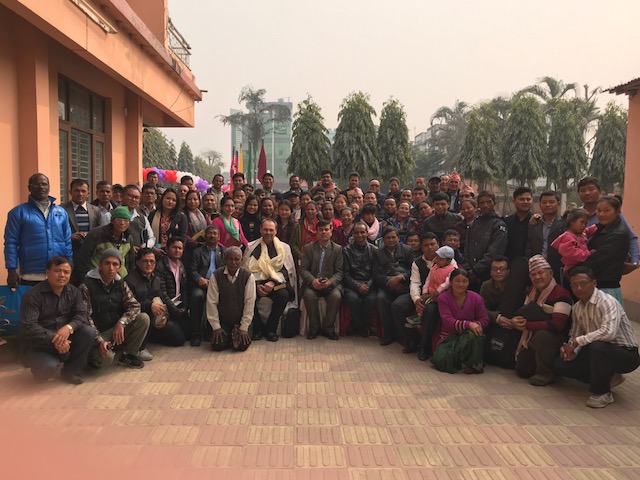 In addition to the pastors and laymen who attended, we were blessed with three pastors from Sunday congregations. They stayed for the entire series and afterwards expressed their interest in joining us and sharing the end-time messages with their own congregations. We praise God for His power. One man said he had pastored for years, but after coming to these seminars, realized that he didn’t really know his Bible after all. Another pastor was working for people in the remote jungle areas of Nepal, and we expressed our interest in working there too.

Finally, while in Nepal and on behalf of Adventist World Radio (AWR), we provided some initial training to the pastors on the use of video projectors. AWR is sponsoring the delivery of more than 50 projectors to the Nepal Field, to be used in spreading the Gospel. These projectors can be used without laptops, with only a USB Drive or a cell phone. We had one such projector with us on this trip as a sample. When the pastors learned of this, one said to me, “I have been praying for three years for a projector!” I replied, “God just answered your prayer.”

In conclusion, we find that in these types of revival and prophecy seminars where we teach the truth for the last days to prepare a people for the return of the Lord are deeply appreciated by our workers around the globe. It spiritual revitalizes them and prompts them to greater service for the Master.

If you would like to help sponsor a series of mission revival meetings, or a special outreach for Sunday pastors, please contact White Horse Media. Many opportunities are available. God keeps opening doors!

What an inspiring report! God’s truth is marching on.

A Jewish Christian from Los Angeles, Pastor Steve Wohlberg is the Speaker/ Director of White Horse Media (Priest River, ID) and the host of His Voice Today radio and television broadcasts. A prolific writer and much in-demand speaker, he is the author of over 30 books and has conducted Bible prophecy seminars throughout North America and overseas. He has been featured on three History Channel documentaries (Nostradamus Effect: Secrets of the Seven Seals; Armageddon Battle Plan; Strange Rituals: Apocalypse) and has spoken by special invitation inside the Pentagon and U.S. Senate. He currently lives in Priest River, Idaho, with his wife Kristin and their two children, Seth Michael and Abigail Rose.
New WHM 6-min. Video: Wohlberg Comments on Trumps SOTU Speech “From Darkness to Light” (a gripping testimony sent to White Horse Media)