The free “Ten Commandments/Gospel/Prophecy 5×8 Handouts (English and Spanish)” now also ship for FREE! (in the U.S. ONLY)
The White Horse Media Online Bible School is now live. Enroll now!
Free shipping on orders over $25 in the United States. Exclusions apply.
Previous
Next

Our world is morally upside down. What is biblically correct is considered wrong, and what is biblically wrong is considered right. Believe it or not, one of our greatest allies in the midst of current cultural confusion is the Ten Commandments “written with the finger of God” (Exodus 31:18) on two tables of stone.

A few months ago, I gave a 12-minute talk about the Ten Commandments for an event in Tampa, Florida. You can now watch that message below. The devil hates God’s law, keeps attacking its principles, and he especially hates and attacks those who seek to obey it, as it is written: “The dragon was enraged with the woman, and went to make war with the Remnant of her seed, which keep the commandments of God, and have the testimony of Jesus Christ.” Revelation 12:17

To learn what GOD SAYS, in contrast to what man thinks, says and does, watch this short video. 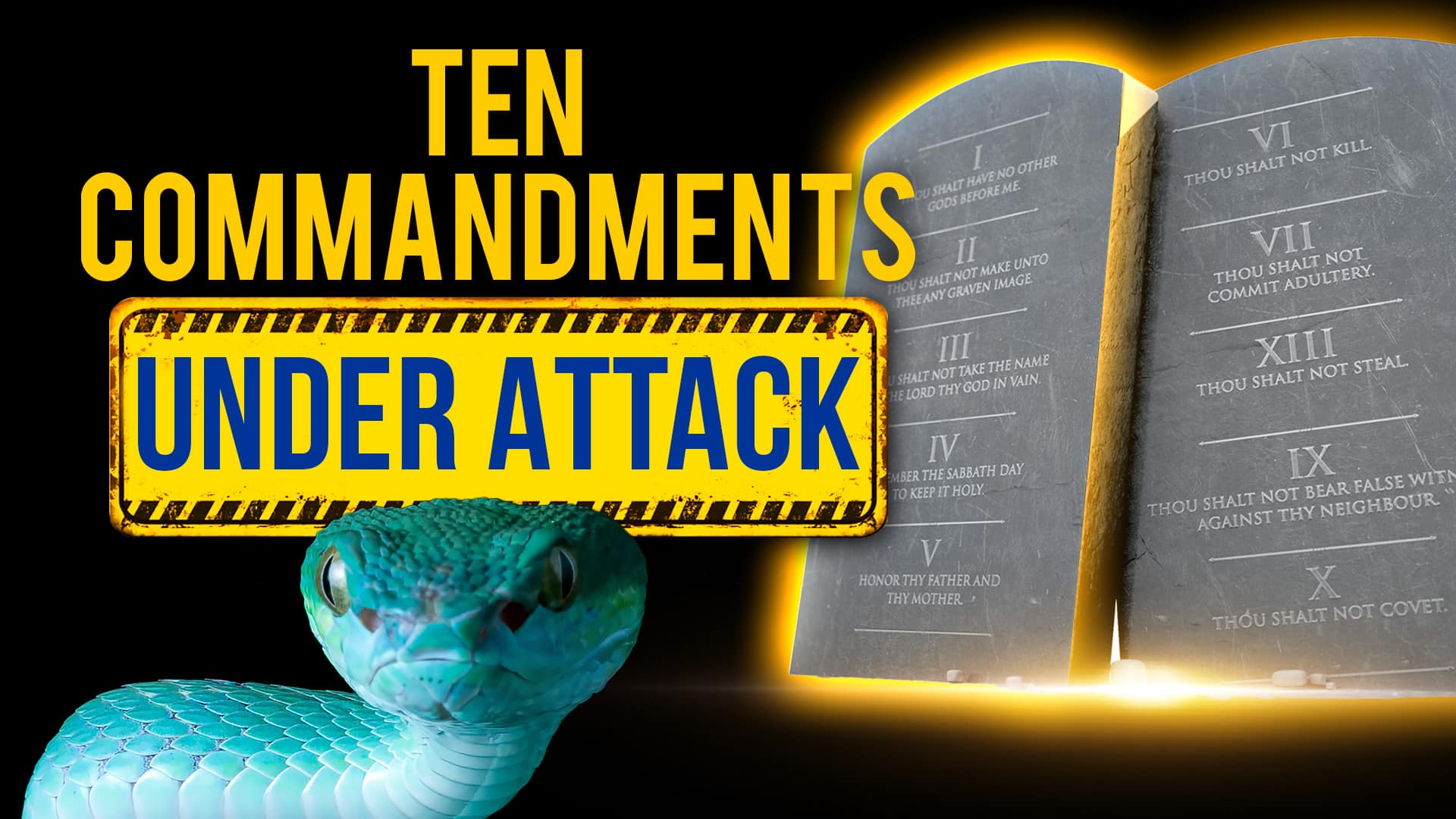 “Sin is the transgression of the law” (1 John 3:4). “He that converts the sinner (law-breaker) from the error of his way (leading him back to obedience) will save a soul from death, and shall hide a multitude of sins.” James 5:20

By God’s grace, let’s do what is right in this upside-down world.

A Jewish Christian from Los Angeles, Pastor Steve Wohlberg is the Speaker/ Director of White Horse Media (Priest River, ID) and the host of Bible Talks with Steve Wohlberg. A prolific writer and much in-demand speaker, he is the author of over 40+ books and has conducted Bible prophecy seminars throughout North America and overseas. He has been featured on three History Channel documentaries (Nostradamus Effect: Secrets of the Seven Seals; Armageddon Battle Plan; Strange Rituals: Apocalypse) and has spoken by special invitation inside the Pentagon and U.S. Senate. He currently lives in Priest River, Idaho, with his wife Kristin and their two children, Seth Michael and Abigail Rose.
VERY SHORT 2023 New Year Message from Pastor Steve Wohlberg Satan’s Biggest Lie