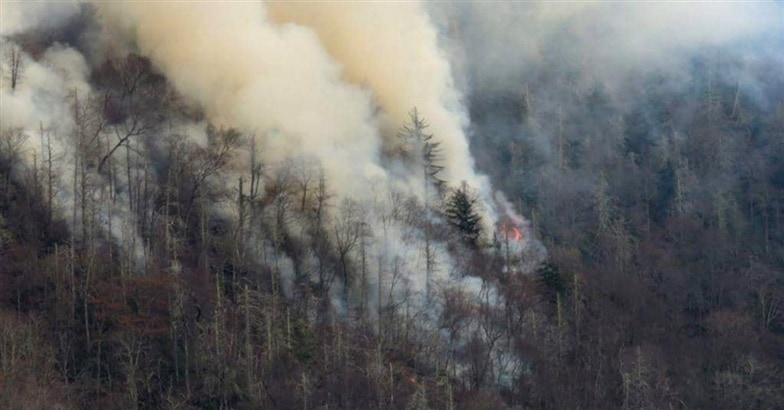 The day after wildfires tore through Gatlinburg, Tenn., destroying more than 150 structures, killing at least three people and displacing thousands, Isaac McCord was doing his part to help out, picking up debris from the Dollywood park grounds.

Gripping his rake, he revisited a spot in Craftsman Valley he had skimmed over after his co-worker, Misty Carver, quipped, “Is that how you clean your room?” Provoked, he said he had started “really getting in the nooks and crannies” under a park bench when he caught a glimpse of a piece of paper lying in a puddle of water — soggy, seared and torn in two.

McCord, a University of Tennessee alumnus who works as a human resources training coordinator at Dollywood, said he had no idea what the paper would say, but considering the circumstances, he was curious enough to pick it up.

“As soon as I got down on the ground, I noticed it was a Bible verse, and I was like, ‘Holy crap,’” McCord said in a phone interview on Tuesday night (Nov. 29). “It was in a puddle of water. I said, ‘I want to take care of this the best way I can,’ so I gently scooped it up and carried it out the best I could.”

McCord, 24, sat on the bench where he found the paper, and called Carver over. Their work partners, Dollywood wardrobe manager Angela Davis and employee Kimberly Moore, had left to go to the restroom, McCord said.
In silence, the pair pored over the page, the edges of which were burned black, rendering many words illegible. But parts of the right side of the page were preserved enough to get the message across: It perfectly reflected, McCord said, the tragic natural disaster that had thrust Gatlinburg and Sevier County into the national spotlight the night before.

“O Lord, to thee will I cry: For the fire hath devoured the pastures of the wilderness, and the flame hath burned all the trees of the field,”  the page reads, according to a picture posted on McCord’s Facebook.