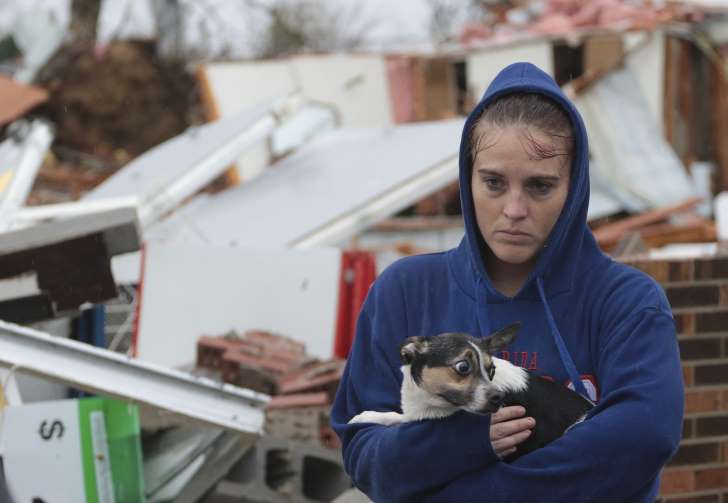 At least a dozen more people were injured early Wednesday, adding to a seemingly biblical onslaught of drought, flood and fire plaguing the South.

The storms tore through just as firefighters began to get control of wildfires that killed seven and damaged or wiped out more than 700 homes and businesses around the resort town of Gatlinburg, Tennessee. In Alabama, the weather system dumped more than 2 inches of rain in areas that had been parched by months of choking drought.

“It looks like the rapture happened up there,” said church member Steve Hall, referring to the end-times belief of many Christians.

“Are we thinking the Lord is trying to get our attention?” said the pastor, Roger Little.

The National Weather Service was assessing damage from multiple possible tornadoes across the region. At least five hit Alabama, and three more struck southern Tennessee, and one confirmed in Louisiana and at least four in Mississippi, forecasters said.

A possible tornado was spotted on the ground Wednesday a few miles from Atlanta, and flights were briefly delayed at the city’s main airport, but no major damage occurred.