Fiji hit by ‘strongest ever’ cyclone, nation on lockdown 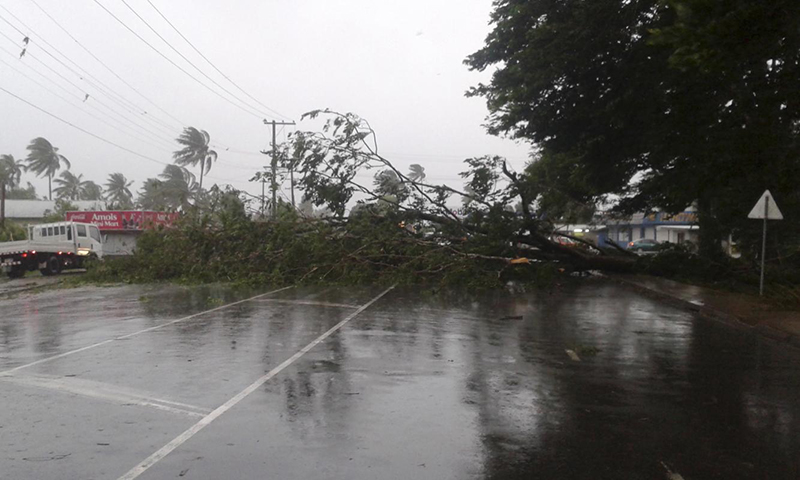 Suva (Fiji) (AFP) – Fiji was struck by its most powerful ever cyclone on Saturday, according to reports, as the island nation battened down the hatches with a curfew and evacuations.

The category five super-storm hit the main island of Viti Levu overnight, according to the Joint Typhoon Warning Center, with flights cancelled and evacuation centers activated earlier in the day.

“As a nation, we are facing an ordeal of the most grievous kind,” Prime Minister Voreqe Bainimarama said in a national address.

“We must stick together as a people and look after each other. Be alert and be prepared.”

Severe tropical cyclone Winston, with average winds of 220 kilometres (136 miles) per hour and gusts of up to 315 kilometres per hour, was the first ever category five storm to hit the nation, the Fiji Times reported.

The storm caused power to fail across the main island after making landfall, according to local reports.

“This mega storm has the potential to cause catastrophic damage across Fiji, an island nation frequented by hundreds of thousands of holiday-goers every year,” said Iris Low-McKenzie, CEO of Save the Children Fiji.

“It looks as though the storm could pass over the international airport in Nadi, which, if significant damage is caused, will make the humanitarian response all the more difficult.”

The Fijian government declared a state of natural disaster in the country, which would remain in place for one month.

National Disaster Management director Akapusi Tuifagalele told the Fijilive website that 758 evacuation centers had been set up in the nation of about 900,000.