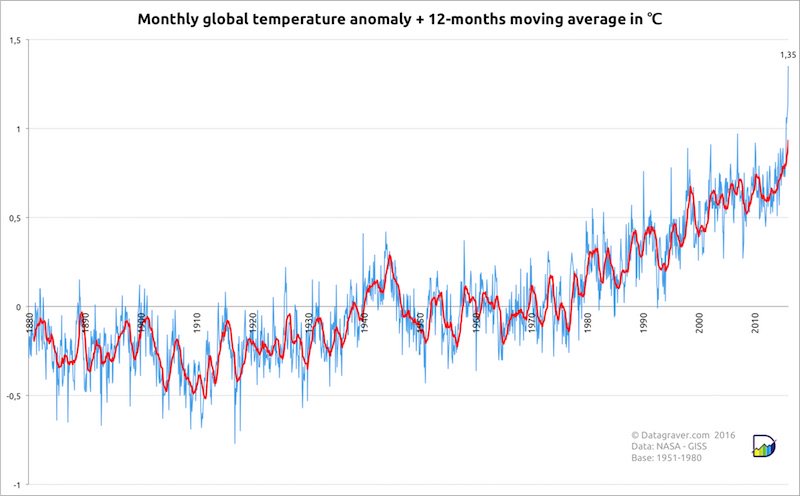 For those who didn’t notice, February was unusually hot. In fact, in the age of global warming and climate change, the month was so historically warm it shattered NASA global land and ocean temperature records, after the space agency reported a 1.35-degree-Celsius spike in temperatures, when compared to global averages with a baseline from 1951 to 1980.

“This is really quite stunning. … It’s completely unprecedented,” Germany’s Potsdam Institute of Climate Impact Research professor Stefan Rahmstorf told the Sydney Morning Herald Monday. “[This warming] is not harmless. … It has quite a negative impact on society and the biosphere.”

That’s not all that’s on the rise: Other recent data, from the National Oceanic and Atmospheric Administration, showed average carbon dioxide levels on Earth are climbing at an alarming, record rate, having risen by more than 3 parts per million since 2015.

Although man might certainly be a factor in the potentially catastrophic rise in global land and ocean temperatures, the Guardian reported Monday a large El Niño in the Pacific Ocean has brought on warmer climates, though “the temperature smashed records set during the last large El Niño from 1998, which was at least as strong as the current one.”