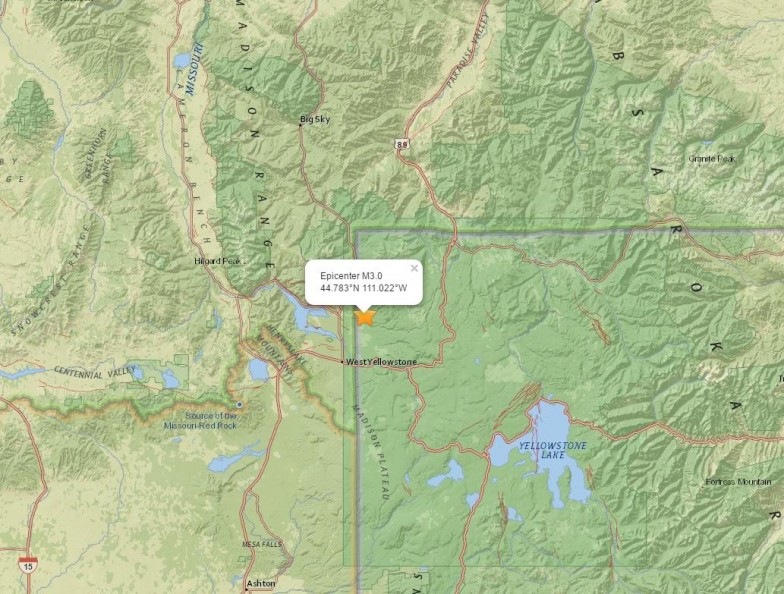 Updated | Yellowstone supervolcano has been hit by a series of earthquakes, with more 400 recorded since June 12. The latest was recorded on Monday, June 19, with a magnitude 3 earthquake striking 8.6 miles north northeast of West Yellowstone, Montana.

“The earthquake was [reportedly] felt in the towns of West Yellowstone and Gardiner, Montana, in Yellowstone National Park, and elsewhere in the surrounding region.”

This earthquake was the largest to have hit Yellowstone since March 30, 2014, when a magnitude 4.8 earthquake was recorded 18 miles to the east, near the Norris Geyser Basin.

As of June 19, 464 events had been recorded. Most of these ranged in the magnitude of 0 to 1, with five less than zero, indicating they occurred at depths ranging from about 0 miles to about 9 miles. “This is the highest number of earthquakes at Yellowstone within a single week in the past five years, but is fewer than weekly counts during similar earthquakes swarms in 2002, 2004, 2008 and 2010,” scientists said.