Since the fall of 2020 White Horse Media has been preparing a unique 30-minute film entitled, The Crowning Act, which exposes Satan’s infernal plan to appear on earth personating Jesus Christ during earth’s last crisis. “When will it be released?” we have been asked numerous times. The good news is: very soon. We are in the final editing stages and plan to debut the film this summer. In the meantime, here is a short trailer that will give you a sneak peek: 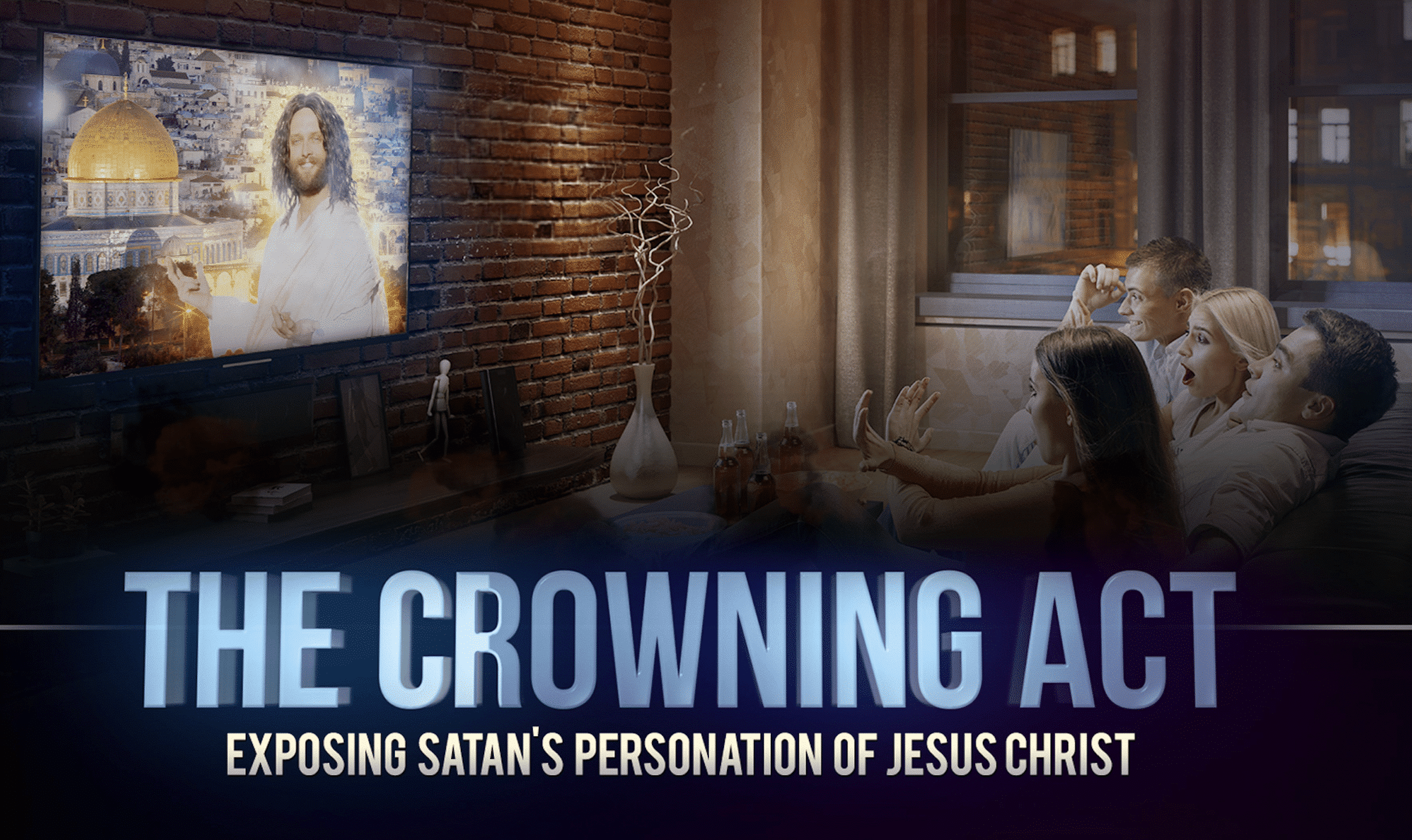 The Crowning Act will be initially released on a dedicated website which will also contain critical Bible facts about many topics such as Signs and Wonders, The Real Appearance of Jesus Christ, The Beast Identified, The Future of America, Decoding the Mark of the Beast, and The Scriptures our Only Safeguard.

The Crowning Act will be viewable for free online. It will also air on numerous television networks.

A special “Thank you!” to those who have participated in this important project, and to those who have donated funds to help with production expenses (which are ongoing). Those who wish to contribute can do so here.

Current events indicate that our world is on the edge of a tremendous crisis. It is our hope and prayer that The Crowning Act, with its companion website, will help prepare millions for the closing events of the great controversy between good and evil and for the soon return of THE REAL JESUS in the clouds of glory (see Matthew 24:30,31).

“Behold, He is coming with clouds, and every eye will see Him.” Revelation 1:7

A Jewish Christian from Los Angeles, Pastor Steve Wohlberg is the Speaker/ Director of White Horse Media (Priest River, ID) and the host of His Voice Today radio and television broadcasts. A prolific writer and much in-demand speaker, he is the author of over 30 books and has conducted Bible prophecy seminars throughout North America and overseas. He has been featured on three History Channel documentaries (Nostradamus Effect: Secrets of the Seven Seals; Armageddon Battle Plan; Strange Rituals: Apocalypse) and has spoken by special invitation inside the Pentagon and U.S. Senate. He currently lives in Priest River, Idaho, with his wife Kristin and their two children, Seth Michael and Abigail Rose.
Rabbi Eric Walker and Steve Wohlberg Discuss the Sabbath Controversy New Wohlberg Message: “He has made us kings.” Revelation 1:6 / WHM Resources