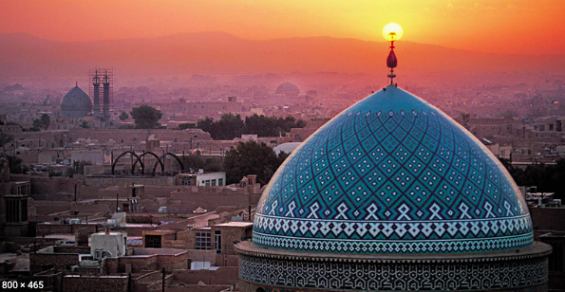 Based on reports, an unstoppable revolution is taking place in Iran that isn’t being reported by mainstream media. For many years, the religion of Islam has held a tight grip over its 80+ million citizens, but that is changing. A new film, “Sheep Among Wolves Volume II,” reveals that unnumbered Iranians, especially women, are now fleeing Islam in droves and bowing their knees to our Lord Jesus Christ. This persecuted, underground movement is even reported to be “the fastest-growing church” in the world.

The pastor added: “What if I told you the best evangelist for Jesus was the Ayatollah Khomeini? The ayatollahs brought the true face of Islam to light and people discovered it was a lie…After 40 years under Islamic law — a utopia according to them — they’ve had the worst devastation in the 5,000-year history of Iran.”

The time is ripe for the message of Jesus in Iran as more and more Iranians—who are disillusioned with Islam—are hungering and searching for freedom, for truth, and for God’s love.

As most of you know, White Horse Media just released our newest 13-part TV series called “Good News for Muslims” where I interview Pastor Shahbaz, who grew up Muslim in Iran. The series explores Islam, the Quran, the Bible, and the Good News of Jesus Christ our Savior. To send this beam of light into Iran, God has recently opened a door for these wonderful programs to be broadcast directly into Iran starting November 2 on the TBN affiliate satellite channel Nejat TV in Iran. “Nejat” means “salvation” in Farsi (the native Persian language). The programs will air in the local Farsi language and will provide God’s truth to those who desperately need it. Air times for the first four programs are as follows: 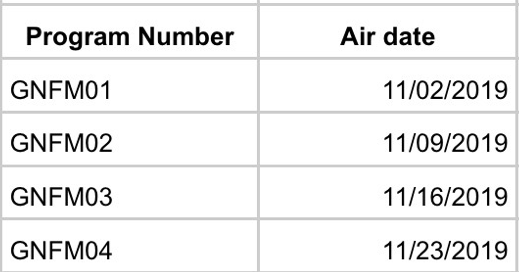 Yet, not just in Iran, but everywhere souls are hungering for Bible truth in these end-times. Will you join us in trying to reach them? Currently White Horse Media needs a continuous flow of funds to broadcast on various channels and also to purchase equipment to operate more efficiently. Time is short, and the time is now. Please pray and ask the Lord what you should do to help spread His gospel, goodness, and truth.

Also, just a reminder, Halloween is just around the corner, and we still have in stock a few packs of our easy-to-share tracts, Trick or Truth. Order some before they’re gone!

May Jesus bless us all richly as we near His return.

A Jewish Christian from Los Angeles, Pastor Steve Wohlberg is the Speaker/ Director of White Horse Media (Priest River, ID) and the host of His Voice Today radio and television broadcasts. A prolific writer and much in-demand speaker, he is the author of over 30 books and has conducted Bible prophecy seminars throughout North America and overseas. He has been featured on three History Channel documentaries (Nostradamus Effect: Secrets of the Seven Seals; Armageddon Battle Plan; Strange Rituals: Apocalypse) and has spoken by special invitation inside the Pentagon and U.S. Senate. He currently lives in Priest River, Idaho, with his wife Kristin and their two children, Seth Michael and Abigail Rose.
Algerian Gov Officials Close Down Country’s Largest Christian Churches California Fires. Judgments from God? Are We Ready for the Future?