Pope says Fundamentalism is a “Disease” 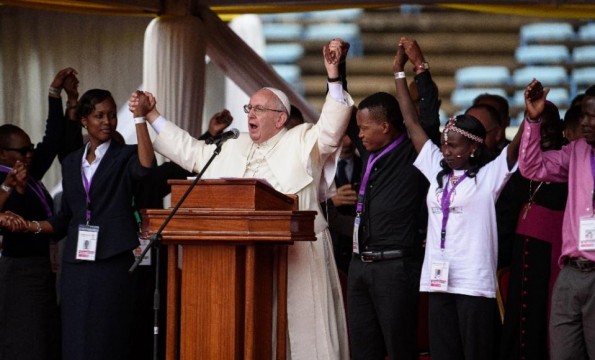 While on his return from Africa, Pope Francis said that fundamentalism is “a disease of all religions.” Though he included the Roman Catholic Church, he was primarily though not exclusively referring to the violence of radical Islam. “Fundamentalism is always a tragedy. It is not religious, it lacks God, it is idolatrous,” he said. He called on Christians and Muslims to end “sectarian conflict” in the Central African Republic. “Together, we must say no to hatred, to revenge and to violence, particularly that violence which is perpetrated in the name of a religion or of God himself,” he said.

But Francis said Islam was not the only religion to suffer from violent extremists. “We Catholics, we have a few, even many fundamentalists. They believe they know absolute truth and corrupt others,” he said, adding: “I can say this because this is my Church.”

This is not the first time that Pope Francis has condemned fundamentalism. During his speech to the U.S. Congress in September, he said. “We know that no religion is immune from forms of individual delusion or ideological extremism. This means that we must be especially attentive to every form of fundamentalism, whether religious or of every other kind.”