New Pope Movie Opens May 18. Who Will Warn the World?

A new movie called, “Pope Francis: A Man of His Word,” opens in theaters May 18. What’s it about? It’s about Pope Francis and his mission to bring changes to our world. The gist is that the world would be a better place if everyone lined up behind his message and agenda. An emotionally appealing film, even the title bears significance. In western culture, if you are considered a “man of your word,” this means you are trustworthy. So the film portrays the Pope as an extremely trustworthy person. This new movie follows on the heels of the recent CNN series called, “Pope: The Most Powerful Man in History.” Thus these two productions portray the Pope as powerful and trustworthy. Click the picture below to watch the trailer. 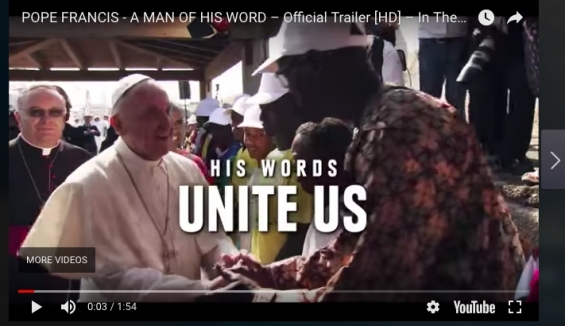 The Pope’s end-time popularity is predicted in prophecy. In Revelation 13, the Bible predicts that a power will arise that most of planet earth will wonder after. A study of this chapter reveals that this power arises out of Rome (13:2), would speak great things (13:5), would become a great persecuting power during the Dark Ages (13:7), and would achieve global influence (13:7,8). “All the world wondered after the beast” (13:3) says God’s Word. Who is this great persecuting power? Read world history – it is the Papacy. In these end-times, the Bible is being fulfilled before our eyes. The papacy has reemerged on the world stage and is now influencing millions.

These next two pictures below are shocking! They show a papal auditorium, called “Paul VI Audience Hall,” built specifically for papal audiences. Notice the bizarre serpentine architecture. The outside looks like a serpent’s head… 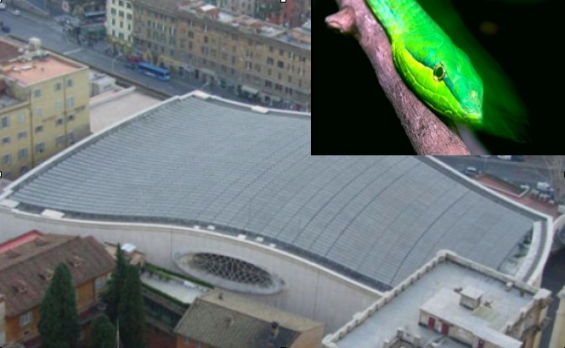 The inside looks especially ominous! The room is set up so it definitely looks like the Pope is speaking from the serpent’s mouth from between its fangs. 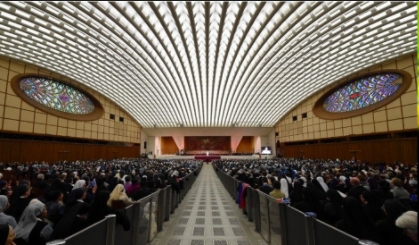 The Bible says that “the dragon” (also called the “serpent” in Revelation 12:9) is behind the beast. It gives the beast his “power” (13:2). When men worship the beast, they are actually worshiping the dragon (13:4). Yet if you were the devil, you would hide the truth, which is exactly what he has done. Now, when the world thinks of the Pope, it thinks of a loving, grandfatherly old man whose message can unite and bless the world. Seeing beneath the surface, Jesus Christ has warned us that “if it were possible,” even “the very elect” would be deceived (Matthew 24:24).

In this critical time, White Horse Media has these powerful resources that can be shared with friends, loved ones, and strangers: 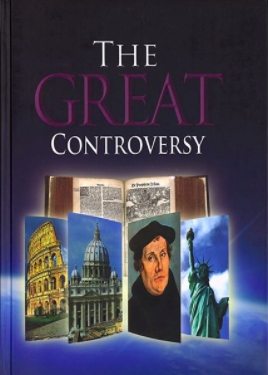 This beautifully illustrated hardback volume explains history and Bible prophecy like no other book. This particular version is unique. Loaded with color pictures. One-of-a-kind! Next is our powerful sharing tract, The Pope and Prophecy.

Finally, we suggest our pocketbook, The Antichrist Identified. 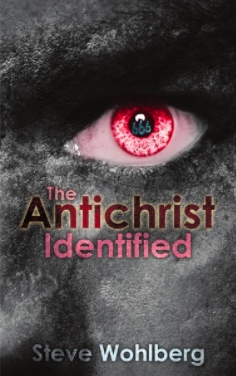 To order any of these resources, call White Horse Media.
1-800-782-4253, or order online by clicking the pictures above.

Let’s point people to the Lamb, while mercy lingers.

A Jewish Christian from Los Angeles, Pastor Steve Wohlberg is the Speaker/ Director of White Horse Media (Priest River, ID) and the host of His Voice Today radio and television broadcasts. A prolific writer and much in-demand speaker, he is the author of over 30 books and has conducted Bible prophecy seminars throughout North America and overseas. He has been featured on three History Channel documentaries (Nostradamus Effect: Secrets of the Seven Seals; Armageddon Battle Plan; Strange Rituals: Apocalypse) and has spoken by special invitation inside the Pentagon and U.S. Senate. He currently lives in Priest River, Idaho, with his wife Kristin and their two children, Seth Michael and Abigail Rose.
Bill Gates Warns That the Next Pandemic Disease is Coming Mission to the Mountains