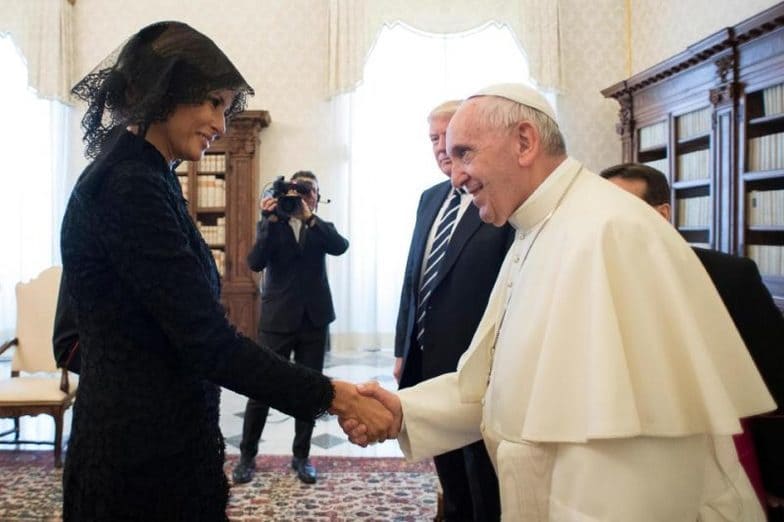 Apparently so, at least according to her spokeswoman Stephanie Grisham, who confirmed that she is Catholic. The first lady shared her faith with the world while at the Vatican. She asked Pope Francis to bless a rosary for her upon meeting him at the Vatican.

But Mrs. Trump did more than show up for the papal audience. She spent time in prayer at the Vatican-affiliated Bambino Gesù (Baby Jesus) Hospital, and laid flowers at the feet of a statue of the Madonna and prayed in the hospital chapel. After her Papal audience, she tweeted ‘blessings to all’.

Melania is the first Catholic to live in the White House since John F. and Jackie Kennedy. Melania and her son Barron will move to 1600 Pennsylvania Avenue over the summer.

It is not clear when Mrs. Trump became a Catholic. The president is a life-long Presbyterian, and they were married in a Florida Episcopal church.
Growing up as the daughter of a Communist Party member in rural Slovenia, her family maintained the outward appearances of being atheists, according to people in her childhood village of Sevnica.