El Niño strengthening, will be among biggest on record: WMO 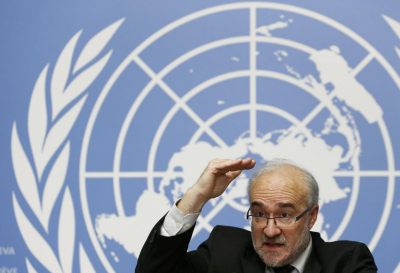 GENEVA (Reuters) – The El Niño weather pattern, a phenomenon associated with extreme droughts, storms and floods, is expected to strengthen before the end of the year and become one of the strongest on record, the U.N. weather agency said on Monday.

The World Meteorological Organization (WMO) said this El Niño was already “strong and mature” and the biggest in more than 15 years.

The phenomenon is driven by warm surface water in the eastern Pacific Ocean, and this time three-month averages will peak at more than 2 degrees Celsius above normal, putting this El Niño in the same league as those seen in 1972-73, 1982-83 and 1997-98, the WMO said.