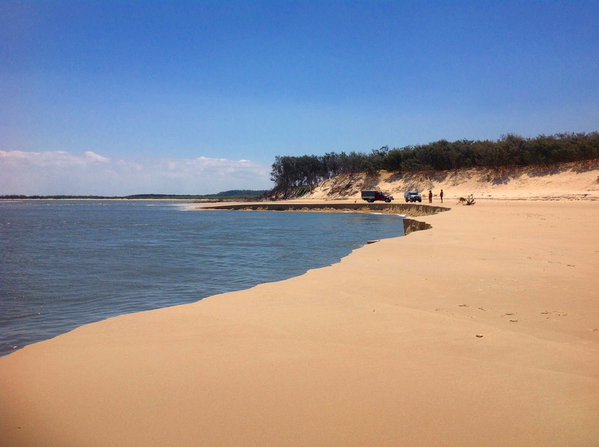 For the second time in three months, an Australian beach experienced a massive collapse, this one off the coast of Queensland leaving a hole measuring about 330 feet long by 330 feet wide.

The latest collapse is believed to have happened on Wednesday on an unpopulated section of North Stradbroke Island – the island is popular with tourists and fishermen. Surf Life Saving Queensland tweeted a photo of the hole and urged everyone to stay away because of the unpredictable and unstable nature of the currents.

Although SLSQ’s tweet initially called it a sinkhole, that’s probably not what this is. Stephen Fityus, a professor of geotechnical engineering at the University of Newcastle, told Mashable Australia this was likely a landslide caused by erosion.