As I write this, I’m shaking my head. What a world we live in. Australians have NEVER witnessed such widespread destructive wildfires like the ones burning now all over their country. Look at this map: 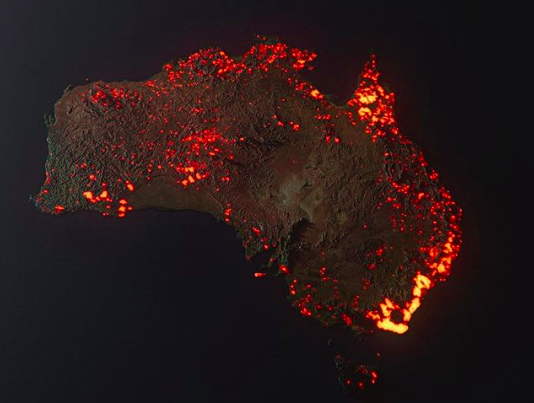 Devastating earthquakes have also recently rocked Puerto Rico, causing widespread damage, loss of life, and leaving most of the island without power: 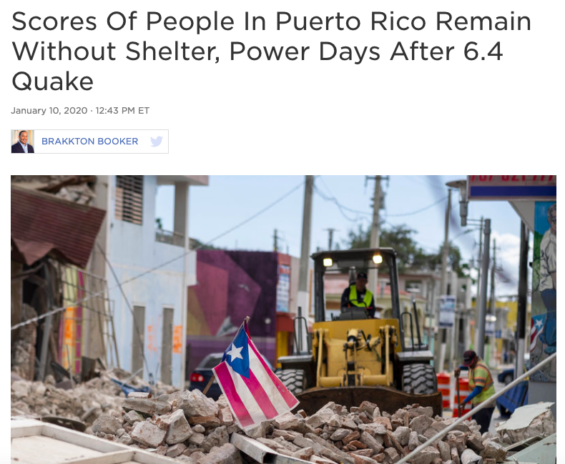 Far across the ocean, in the Philippines, the sleeping Taal volcano has awakened. Thousands are evacuating. If it blows, millions could die: 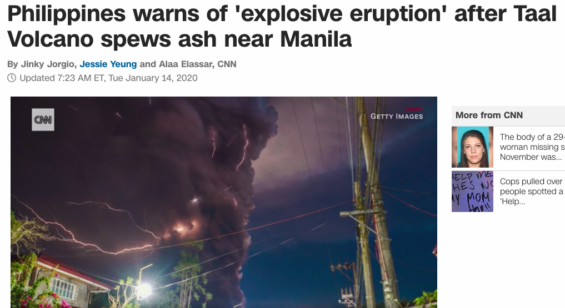 Dear friends, make no mistake about it: these catastrophes are all WARNINGS of what is coming on a much larger scale. In a world of false religions, scientific skepticism, pleasure loving and immorality, God is seeking to get our attention. If people refuse to listen to His Word and Holy Spirit, He will speak through terrible disasters. He is speaking now. Notice carefully these words in His last book:

This passage tells us that God’s angels are now holding back “the four winds” of global disaster until His servants are sealed. Then the four winds will be let loose. Then “the time of trouble, such as never was” (Daniel 12:1) will overtake this Planet Earth. But those with “the seal of the living God” (in contrast to those who receive the mark of the beast) will be protected during the final storm.

Believe me, or at least believe the Bible, this storm is coming. God’s holy angels are still holding the four winds. What we are seeing in Australia, Puerto Rico, the Philippines, and in a thousand other places, are all warnings of what will surely flood the world when those winds are finally loosed.

May we each find love, hope, salvation and shelter in Jesus Christ, who died for us.

A Jewish Christian from Los Angeles, Pastor Steve Wohlberg is the Speaker/ Director of White Horse Media (Priest River, ID) and the host of His Voice Today radio and television broadcasts. A prolific writer and much in-demand speaker, he is the author of over 30 books and has conducted Bible prophecy seminars throughout North America and overseas. He has been featured on three History Channel documentaries (Nostradamus Effect: Secrets of the Seven Seals; Armageddon Battle Plan; Strange Rituals: Apocalypse) and has spoken by special invitation inside the Pentagon and U.S. Senate. He currently lives in Priest River, Idaho, with his wife Kristin and their two children, Seth Michael and Abigail Rose.
WHM Big Live Event Feb. 7,8: “What To Do When the Mark Of The Beast Is Enforced” Australia Burns (Clarification)